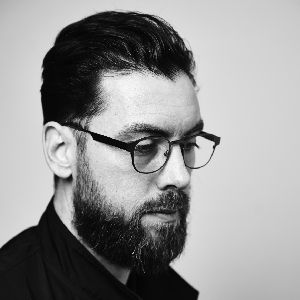 After graduating from the Royal College of Art in 2003 and winning the BFC Princess of Wales Charitable Trust bursary, Lanvin, Mercedes and DuPont awards; John began his career at Alexander McQueen where he re-established the menswear line and worked on special projects, most notably designing stage outfits for David Bowie. He moved to Topman in 2004, progressing quickly to Senior Designer, and became responsible for outerwear and many of the designer collaborations, most notably LENS.

Joining ASOS in 2010 as Menswear Design Manager, John took on building the in-house menswear collection and design team, expanding it from three to 30; whilst also inspiring and informing ASOS’ branded offer. The result saw the range grow to 30,000 styles per season. In 2015, John also took over the brand’s studio operation, which comprises everything from model booking, photography and styling through to copywriting, operations and digital post-production. The department deals with 5,000 new styles coming into the business ever week, and balancing optimised creativity [at scale] with operational efficiency. He became ASOS’ first ever Brand Creative Director in 2017, extending his responsibilities to include all aspects of ASOS creative. From campaigns to ads, video, branding, organic social and on-site content, creating consistency within the brand and pushing the brand to be at the forefront of culture and helping to retain asos’ position as a market leader within the 20-something fashion space. In 2021 asos acquired Arcadia brands Topshop, Topman, Miss Selfridge and HIIT and with further restructure John has now taken responsibility for creative, design, fashion [styling], social, editorial, marketing ops, brand strategy and PR… all sitting under the new ‘asos creative lab’.

In July 2019 John was awarded an honorary doctorate in Art & Design, for his services to the industry, by Kingston University.